Beyond Hunger's mission is harnessing the power of communities to end hunger.

We are happy to speak with media outlets, groups, congregations, or schools about the work that we do. 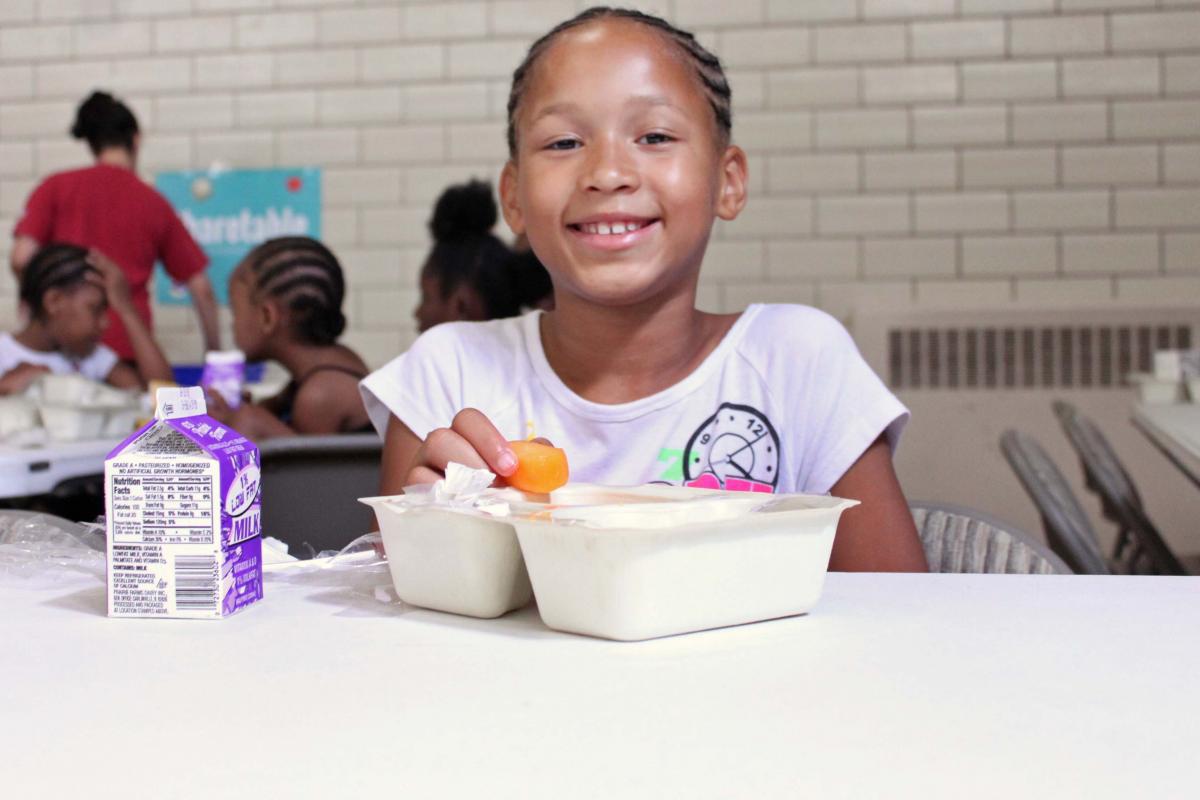 We provide hunger-relief programming and services to 13 zip codes across Cook County, including portions of Chicago and its near-west Suburbs.  Our service offerings seek to provide the food, resources, knowledge, and skills people need to live healthy, active lives.

For over 40 years Beyond Hunger has created solutions to end hunger at every stage of life through comprehensive programs that now include: providing emergency food to families in need, summer meals for kids who lack them when school is out, connecting individuals to valuable benefits like SNAP (“food stamps”), conducting nutrition education and cooking classes to combat chronic illness, and delivering groceries to homebound older adults. Organization-wide we focus on health and nutrition – providing food that nourishes and sustains, food that is rich in nutrients, lean protein, and whole grains.

Hunger in our Community

Hunger can seem far away, but it’s everywhere.  In Oak Park alone, it’s estimated that over 7,000 people are ‘food insecure’ – they do not know where their next meal is coming from.  Our service area includes portions of Chicago where food insecurity rates reach to 1 in 3.  Across Cook County, 1 in 7 people are considered food insecure.  For families with children, 1 in 5 struggles with hunger.

Oak Park River Forest Food Pantry began in the late 1970s by a small group of concerned citizens lead by Patricia Funk, a local Girl Scouts leader.  Initially known as the Hunger Task Force Food Pantry, we operated out of Faith United Methodist Church for our first several years, becoming a program of the Community of Congregations.

As need for our services expanded, we outgrew our space in Faith United Methodist Church, and for a brief time operated out of a storefront on South Blvd in Oak Park before finding our current home in the lower level of First United Church of Oak Park.  A generous landlord, First United not only provides the Pantry rent-free space, but also provides a high level of service from its staff, Faith in Action Committee, and congregation.

The Community of Congregations was a loving parent organization, overseeing a 10-fold growth in Pantry services in the early 2000’s, but as client need intensified, it became clear the Pantry itself needed resources beyond the limits of its parent.  So, in 2010, the Pantry moved from being a program under the Community of Congregations, to becoming a separate 501(c)(3).  We continue to work closely with them and many of their member congregations.

We’ve continued to grow as an organization, both in our capacity, and in our programmatic offerings.  Most notably, we’ve focused on health and nutrition, pioneering programs that provide education, reduce waste, and go beyond the basement to meet the need where it’s greatest.  Our current program offerings include:

In June of 2019 we changed our name to Beyond Hunger to best represent our mission to end hunger in all the communities we serve and our expanded programs and services.

Creating a hunger-free America can become real, but it will take more than providing bags of groceries.   It’s our job to make sure people in Springfield and in Washington D.C. understand we’ll only end hunger by investing in programs and policies that help provide effective help to struggling Americans.  You can help make systematic change.

Join our Action Alert email list to receive notifications when policies directly related to hunger are in critical points in the legislative process.

September is Hunger Action Month– learn more about the tangible steps you can take to raise awareness and take action to end hunger in America and our community.

We continually strive to improve the services and programs we offer. See our most recent annual report for more information on this impact.